As promised, some photos from my recent trip to South Wales...

First I visited Llansteffan Castle, one of Smirkenorff's regular landing spots. Pics are here:
http://www.canadanne.co.uk/kmlocations/llansteffan.html
Obviously I couldn't make the photos match up with screencaps so precisely as I've done in the past, as this location only appeared in flight sequences and I can't fly.

But I've done my best. The two external pics of the castle were taken from a moving train on the other side of the river!
I can see why Smirky often complained about the tricky landing at Llansteffan; it's very uneven and hilly in there, so probably not the easiest place for a helic-- I mean a dragon to touch down.

The views are amazing, though, and it's a cool place to poke around, especially when nobody else is up there.

Next I went to Kidwelly Castle, which is awesome - I was there on a really wet day but still had loads of fun exploring its many rooms and passages. (It's a lot bigger than it looks!) Here are the Knightmare-related shots:
http://www.canadanne.co.uk/kmlocations/kidwelly.html

And finally I did a circular walk via Three Cliffs Bay and Pennard Castle on the Gower Peninsula, which you may recognise from another flight sequence that was used over the end credits in Series 5. Absolutely gorgeous area.
http://www.canadanne.co.uk/kmlocations/pennard.html

Once again I highly recommend all three locations if you're looking for a holiday destination! They can all be reached by public transport from Swansea. Oh, I also saw Merlin's Walk Shopping Centre in Carmarthen and a milkshake bar called The Mad Cow in Swansea!

Another fantastic set of photos! I'm ashamed to say that I've never visited these places despite living in Swansea for the first 18 years of my life and frequently visiting my folks who now live near Carmarthen.

A case of not appreciating your own back yard I suppose.
Extreme warning team, a Hobgoblin in the level!
Top

Definitely worth a visit next time you're in the area.

These are fantastic.
But I'm pleased I never saw them as a kid, it might have spoiled the illusion some how.
It's always the cracked ones that let the light in
Top

Some more location photos, if you like that sort of thing... you may recall I visited the Weald & Downland Open Air Museum last year, but it turned out they were filming in the Wolfenden bit, so there was a lot of junk in my photos and I couldn't go into all the buildings. I went again with more success earlier this month:
http://www.canadanne.co.uk/kmlocations/weald2.html
I didn't photograph absolutely everything from Knightmare this time, just the bits I either couldn't do before (like the Gateway Inn), or which had stuff in the way (like the views of Greenshades where a van was parked in the middle). It was fun to actually walk along Wolfenden High Street and have a proper look inside the shops. Didn't realise there's a library on the ground floor of the long building!

P.S. In the screencap of Duncan's clue objects by the arcade, I've only just noticed that the baskets on the left-hand side are floating in mid-air! Someone misinterpreted where the wall begins!

Thanks for these - they're very interesting to see.

I went to Leeds Castle (the Tower of Time) again at the weekend, and this time in the castle they had a temporary exhibit of "The Horned Helmet"!

Alas it wasn't actually THE horned helmet, so the exhibit didn't resemble one of Lord Fear's little jokes.

Described here as the bagpipe maker's shop. I think the building is the Great Barn.

This building is the Tudor Cottage - pics here and here!

This is the Bronze Foundry.

I suspect this was a previous version of the actual Alchemists' Hut seen here and here - this information sign sounds oddly familiar from Romahna's description! Not absolutely sure though, as it also resembles the building shown right at the end of this video, possibly in the Pottery Wood? Anyway, it's there somewhere!

That is one of the last great mysteries solved. Now if only we could identify Captain Nemanor's ship...
Top

I suspect this was a previous version of the actual Alchemists' Hut seen here and here - this information sign sounds oddly familiar from Romahna's description! Not absolutely sure though, as it also resembles the building shown right at the end of this video, possibly in the Pottery Wood?

Just found an older photo (from May 2000) of what appears to be the building in the YouTube video - the wooden roof has obviously been replaced with tiles in recent years, and the original one looks like a perfect match with Rothberry's stall. The caption describes it as the Pottery. There are more views of 'Grimdale' in the same Flickr album. :)
Top

Blimey. I visited Kentwell Hall. The summer after Series 7 was shown. In the company of a Series 7 contestant. I didn't make the connection and I don't think he did either. What hope is there?

Drassil wrote:Blimey. I visited Kentwell Hall. The summer after Series 7 was shown. In the company of a Series 7 contestant. I didn't make the connection and I don't think he did either. What hope is there?

LOL! If either of you had, it could have saved me years of frustration.

dugeoneerborne wrote:I know it's not the forest they used for the eye shield scene but the forest near Me (Dereham) errily looks very similar in some parts.

The Eyeshield sequences in Series 4 were filmed in Hockering Wood near Dereham, if that's what you're thinking of?
Top 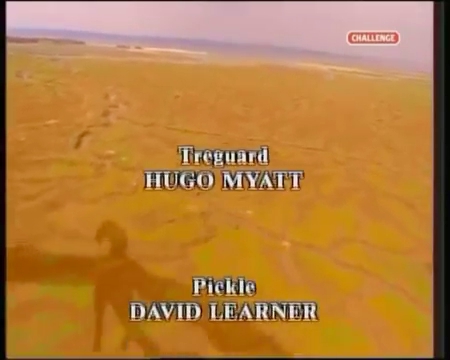 I saw a programme about the salt marshes of North Gower this evening, and wondered if it might be where they filmed that flight sequence. And looking at this photograph, I am fairly convinced that it is - the pine clumps in the distance are exactly the same shape. :) This would be flying roughly north / northeast from Llanmadoc towards Burry Port, with Whiteford Burrows on the left. More pics here, here and here.
Top

Ahahaha, it is ridiculous how lucky I get sometimes, finding these things by accident while I'm looking for something else. I was just on this page and noticed that the image on the left captioned "Paviland Cliffs and Caves" looked uncannily familiar: 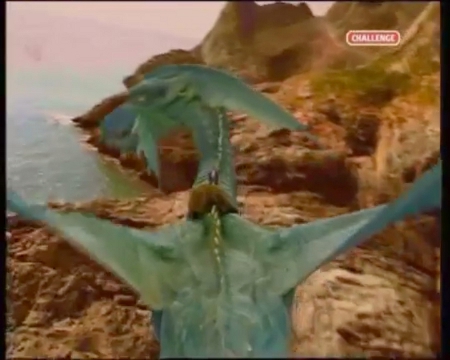 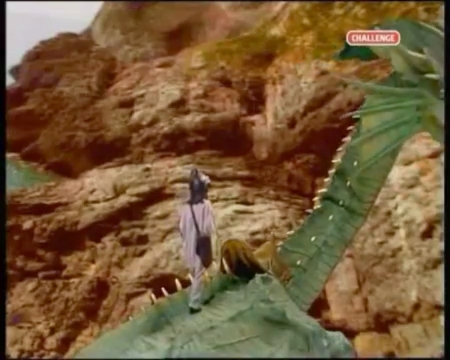 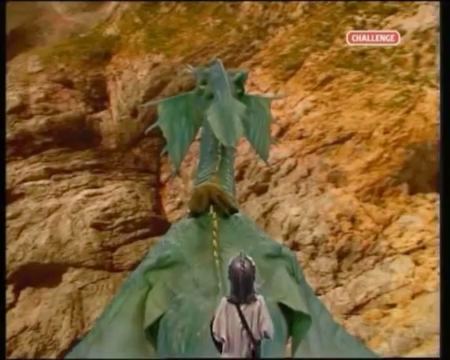 This is the cliff where Smirkenorff was found on many occasions during Series 5, 6 and 7. It's just a random bit of coast, so I never thought I'd be able to identify it! There's a better shot here. Obviously Smirky was filmed from somewhere higher up, but you can definitely make out the same features in the rock, just down and to the left of where it says Paviland Main Cliff.

Beautiful Gower has a handy map showing the location of Paviland on the south coast of the peninsula (just along from Worm's Head), along with links to photographs of the other nearby Knightmare locations - Pennard & Three Cliffs Bay on the south coast and Landimore Marsh on the north coast.