I saw a programme about the salt marshes of North Gower this evening, and wondered if it might be where they filmed that flight sequence. And looking at this photograph, I am fairly convinced that it is - the pine clumps in the distance are exactly the same shape. :) This would be flying roughly north / northeast from Llanmadoc towards Burry Port, with Whiteford Burrows on the left. More pics here, here and here.

I am wondering if these are in fact the same pine plantations seen at the start of Duncan's flight on Smirkenorff (Series 5 episode 14): 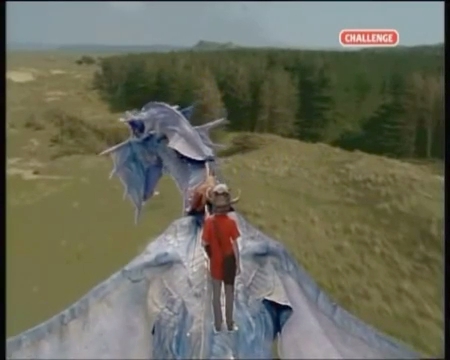 They do fly over a bit of salt marsh, and the hill in the distance bears a certain resemblance to Cwm Ivy Tor? The steep hill they fly over could possibly be North Hill Tor, but I've yet to find any conclusive shots taken from the same angles. Hmmmmm.


Canadanne wrote:This is the cliff where Smirkenorff was found on many occasions during Series 5, 6 and 7. It's just a random bit of coast, so I never thought I'd be able to identify it! There's a better shot here. Obviously Smirky was filmed from somewhere higher up, but you can definitely make out the same features in the rock, just down and to the left of where it says Paviland Main Cliff.

Annnnnd, these photos were taken at the top of Paviland Cliff (more here and here), and look extremely similar to the cliff that Kathryn is flown over in Series 5 episode 1: 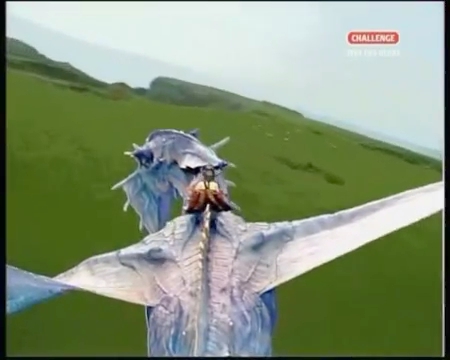 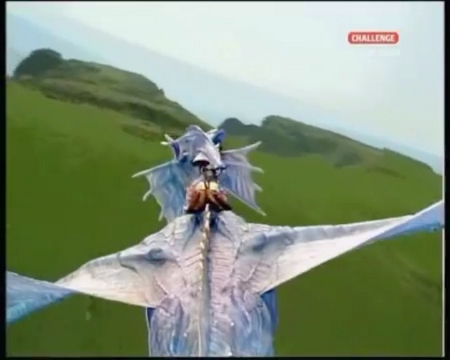 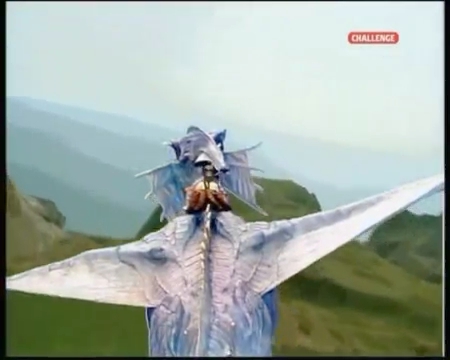 I'm all but certain it's the same place. This video has some nice dragon's-eye views of the area. :)
Top 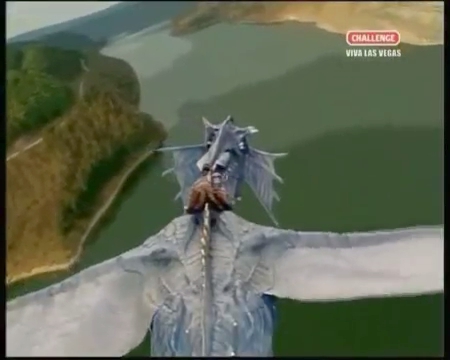 In Series 5, I believe the lake where Smirkenorff takes off in Richard and Ben's quests is Llyn Brianne reservoir in Mid Wales, on the River Towy (which ends at Llansteffan Castle). I couldn't find any images taken from the same angle, but there is an aerial view here showing the road along the hillside. Smirky veers to the right and flies over cliffs: 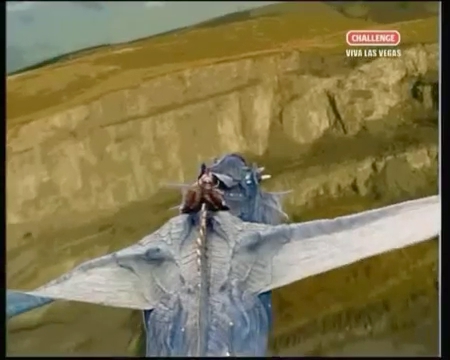 ...which appear to match the ones at Llyn Brianne. (I understand these resulted from rock being quarried to build the dam.) See photographs here, here, here and here. I have thought this was the right location for some time as it looked so similar, and now I've seen those rocks up close, I'm sure of it.
Top 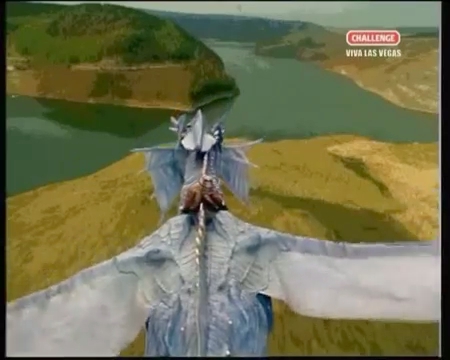 More location photos for ya! This time I went to Cardiff for a few days and visited two castles that appeared in Series 5 & 6.

The first of these was Castell Coch in the village of Tongwynlais:
http://www.canadanne.co.uk/kmlocations/coch.html

The shot outside the entrance was impossible to replicate exactly with my camera (there's a tree in the way, for one thing), but close enough! The Eyeshield sequence from the courtyard goes through the door to the Well Tower, and heads for the stairs that lead down to the awesome spooky dungeon, rather appropriately. It looks very different now as they've obviously plastered the wall since Knightmare was filmed there! Shame the main entrance was only half open so I couldn't quite manage the 'teams leaving' shot.

I then spent a day at Caerphilly Castle:
http://www.canadanne.co.uk/kmlocations/caerphilly.html

It took ages to take the photos of the approach to the gatehouse - first there were a couple of vans parked in the way (which thankfully left after a while), and then hordes of local schoolchildren turned up, so I had to wait for them all to go in! And it was really cold and windy! As you can see, a few little bits of this castle have changed since the Knightmare era too. There's now only one step instead of two in the passage leading from the South-West Tower, and that brick arch in the corner of the state apartments appears to have been rebuilt. It was really hard to line up the photos in that room, as the sun was so bright I could barely see what I was doing! You can actually see the sun rays in one shot, which amusingly looks like a patch of magical energy on the ground, right where Elita was performing her ritual. *g* The last photo, of the West Gatehouse from outside, was only ever glimpsed through the Descender windows at the end of one episode. I edited a bunch of screencaps together so you can see more clearly what it looked like: 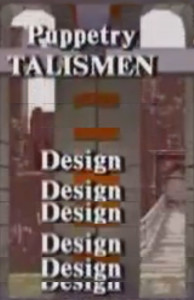 I had the opportunity to visit Bodiam Castle for the first time earlier this month, and have just uploaded my photos:
http://www.canadanne.co.uk/kmlocations/bodiam.html

I'm pleased with how well they turned out, considering the place was *overrun* with people and it was incredibly difficult to get a clear shot of anything! Usually I'm quite methodical but this time I spent the whole day darting from one place to another, trying to grab a quick shot while it wasn't too crowded. (It was also really hot and sunny, so there were some lighting issues to contend with.)

You'll notice that a few things have changed since the Knightmare filming - some fences have been removed, the wooden balcony/railing has been extended with an additional staircase going down into the chapel, and they've added an extra rail around the well (presumably to stop kidsies from slithering underneath). I always like seeing how much the trees have grown in 20-odd years, too!

I was quite chuffed to find that wall they used all the time as a background shot for close-ups - there was no way of knowing which castle it was from, let alone which room, so I'd looked out for it on several trips without success! (It's the north wall of the stables, if anyone else cares in the slightest.)

This looks a lot like Giltar Point near Tenby, but I can't find any photos or videos from that side that are close enough to make out details! Compare this screencap with the headland at 0:17 in this video. Hmmmm. It's nowhere near conclusive, but this is the first time I've seen a bit of coast that even slightly resembles it, and it's close to several other KM filming locations...
Top

I reckon where I live would have some nice castle and woodland locations to film in. For one thing we don't have pink sky!

Slightly off topic though. Does anyone else think that houses on Smirkenoffs' flight path are cheap??

I hate to live there if he's having a diarrhoea day :/
If the only way is onward how would you get home for tea??

Fidjit wrote:Slightly off topic though. Does anyone else think that houses on Smirkenoffs' flight path are cheap??

I hate to live there if he's having a diarrhoea day :/

In one of my fanfics, a Little Scaramonger reports almost being hit by a dragon dropping. I expect the folk of the Knightmare realm would only tolerate so many near misses (except for Motley, who does quite well out of getting covered in droppings). If it makes you feel less worried for them, imagine Elita stitching some cavernwraiths together to make a giant nappy for Smirkenorff.

Moving swiftly back on topic: Annie, well done on your perseverance and success at identifying so many Knightmare locations.
Top

This looks a lot like Giltar Point near Tenby, but I can't find any photos or videos from that side that are close enough to make out details! Compare this screencap with the headland at 0:17 in this video. Hmmmm. It's nowhere near conclusive, but this is the first time I've seen a bit of coast that even slightly resembles it, and it's close to several other KM filming locations...

Well, I was in Tenby last week and having studied Giltar Point in some detail, unfortunately I have to conclude that it's *not* the one from the Knightmare credits - it just isn't the right shape and the markings don't seem to match. There are similarities though, so I wouldn't be surprised if it's somewhere in that area. Back to the drawing board!

I also visited Carew Castle near Pembroke, and took these photographs of scenes from Knightmare Series 5. The first room is the Lesser Hall - I couldn't fit the whole thing in one shot because there's a stage at the other end which you're not allowed to walk on. Even though Sarah apparently exits through the large door in the back wall (which leads outside to the courtyard), the Eyeshield sequence is actually through the door in the left-hand wall. I had never noticed that high door in the top right corner before - only accessible with a flying spell!

The Eyeshield sequence from Ben's quest leads from the Priest's Room into the Chapel; I wonder what happened to the windowsill that used to be there? It then leaves the Chapel and heads toward the stairs (the exit from the Lesser Hall is just to the right of this), before turning left down a spiral staircase.
Top

Jake, Rosey and I went to Helmsley Castle in Yorkshire today not expecting to find any Knightmare, but Jake spotted some anyway!

GranitasIsCute wrote:Jake, Rosey and I went to Helmsley Castle in Yorkshire today not expecting to find any Knightmare, but Jake spotted some anyway!

Oh, nice! Are the photos by you or Jake? I can add these links to the Lexicon entry.

I took the photos, but Jake spotted them.

News item about the 50th anniversary of the Weald & Downland Museum (Wolfenden), if anyone's interested:
http://www.bbc.co.uk/iplayer/episode/m0 ... s-07092020
(Only available to watch until 7pm on Tuesday 8th September. The relevant bit starts at 21:10.)
Top

Did they ever use any Scottish locations?
Top


Not in the show, as far as I'm aware. There are some promo photos using Eilean Donan Castle as a backdrop, though.
Top
Post Reply
95 posts